Right across the world there’s a huge problem with prescription drug addiction at present, with the likes of the USA struggling incredibly with a rise in opioid addiction. But a new study in the UK has found that the problem is just as severe on home soil too.

The study, undertaken by the NHS, found that the number of people being prescribed dependency-forming medication has risen significantly with almost 70 million prescriptions being delivered each year.

When broken down, what has become clear is the severe problem that prescription drugs are having on more deprived areas, with the study finding that people in such areas are 50% more likely to form an addiction.

That is particularly the case with opioids, with those the most commonly prescribed medication with a staggering 39.6million prescriptions handed out across the UK. That trend is prominent across the world, with opioid addiction across the world rife, with a growing number of overdoses in North America currently trying to be tackled by the government, particularly when it comes to fentanyl.

The stats are showing that it is deadlier than heroin and on UK shores there’s a real danger of prescription drugs doing harm in equal measure. The figures showed that there were a total of 1.8 million patients in more deprived areas delivered prescription drugs each year, compared to just over one million in the least deprived areas, which marks a significant leap and something that the authorities should be looking at as they look to stop what is becoming an ever-increasing crisis.

It isn’t just fentanyl though. It’s important to understand what the most addictive prescription drugs currently are on the market. Among these are:

Codeine is a hugely accessible drug and can be bought over the counter or picked up with a prescription. It’s used commonly to treat mild and moderate pains as well as cold and flu symptoms.

The opioid is highly addictive and is often put into an illicit drug known as “purple drank”, which also contains sweets or soda too.

Xanax is alprazolam and is a benzodiazepine which is particularly addictive. It’s regularly misused due to its fast-acting sedation and its usage is growing rapidly. In the USA, four times as many people died from overdosing involving the substance in 2015 compared to 2002 and it’s still a popular prescription drug today, mainly prescribed to combat anxiety and panic attacks.

Similarly, valium is another benzodiazepine that is used to treat anxiety and panic attacks and is another drug that is often misused. Recreational use of Xanax is high and the medication will produce highs similar to what you would get from alcohol. However, there are also significant side effects such as paranoia and hallucinations which can be incredibly dangerous.

Stimulants are also widely misused, and in particularly Adderall. This is known as “speed” and is used often in hospitality and industries where people are sleep deprived. Students are also particular abusers of the substance and as many as one in 10 college students use it to try and stay energised for their studies and the lifestyle that comes with college.

As mentioned, fentanyl is hugely prevalent at present and is also being manufactured illegally and sold as an illicit recreational drug as well as prescribed. It’s often used for chronic pain, most notably people with cancer and it’s incredibly dangerous when misused, with it up to 100-times stronger than morphine.

Who is suffering most?

When it comes to those suffering most. Women aged between 55 and 59 are being prescribed dependency-forming medication most commonly, which is a significant worry, while there is also a prescription drug crisis among younger people, particularly those at university who are struggling to cope with the pressures of study, particularly while isolated during the pandemic.

In the case of the latter, the pandemic has also had a large impact on this as students were also cut-off from an outlet to socialise and relax, confined to their rooms where the stresses of studying loomed large. It’s a problem both in the UK and across the pond, as well as other areas of Europe and universities are having to do more to try and tackle the problem for the safety of their students.

When it comes to geography, the split is relatively even, with it more deprived areas in particular towns and cities most likely to struggle. However, when it comes to prescription drugs and drugs as a whole, Cleveland in the North East, a place known for suffering economically, there are real problems.

Many studies have found the region to be the drug capital of the UK, with crime data also backing that up, with many people suffering from addiction turning to crime to fund their substance abuse.

Of course, drug addiction and drug abuse isn’t prejudice though and can affect anyone, and while certain people at present may be affected more prominently right now, the more accessible drugs, and in particular prescription drugs are, the more people that are going to suffer from addiction.

The study raises a significant alarm bell for the government, and with pressure already on the overwhelmed NHS something will need to be done to prevent further catastrophe, whether that be through education, prevention, or even aiding in the safe consumption of drugs, just like what is happening over in the USA and Canada. That has proven controversial but is saving lives, and with lives at risk over in the UK, there will be more and more questions asked, and answers are required to put a halt to this huge, huge problem for the country.

With a new prime minister in place, it’s going to be one of the more prominent talking points within healthcare over the coming months and it will be interesting to see how it shapes up over the coming years as it looks to be tackled. 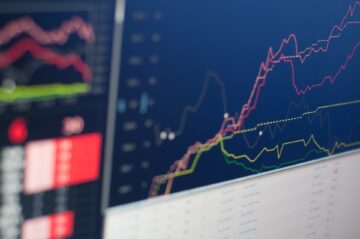