The music market has never been this crowded but at the same time hungrier for qualified experts in this field who are able to cope and compete with others and make quality music. Such a profession requires an individual to improve all the time.

The times when such a profession required only song recording and studio work are long gone. Today, a producer is someone who is entirely responsible for the success (or failure) of an artist. Hence, it is very important to know how to choose one. Before we tackle the how, one needs to be aware of what the production is, and what it includes.

What is music production?

Music production is a mediator between the artist, i.e. the creator of the musical content, and the audience, the ultimate consumer of the creation. It is the shaping of a musical product, from its proto form that came out of the creator’s hands to the final product placed before the ears of the audience.

The scope of production activities is huge. Here, we will not go into the details of all activities, but we will focus on those that are correlated with the primary segment of music, which is the musical content itself or the artist.

So, without producers’ assessments of who the music is aimed at (e.g. children like the Backstreet Boys or the female population like Ed Sheeran, etc.), without advertising, distribution, and image building of the music product or controlled and selective “leakage” of information from the private lives of personalities as the opinion and feelings of the audience (consumers) would be directed towards a positive relationship.

The usual practice of foreign and large record companies is to choose the right producer for a certain music project, whether it is recording and releasing an album or organizing a tour.

The selection of the music producer can be done by the artist himself, considering the reputation and status of the artist, but also the budget. This practice has actually existed since the very beginnings of music and the presentation of artists in front of the audience, but it has experienced its peak in the middle of the last century. Pop music owes its rapidly growing popularity (and more importantly, financial profitability) to the development of sound transmission technologies.

How to choose the one right for you?

As this is no easy task, you need to be aware of all the values the one right for you needs to have. Below are some that will help you find the perfect one for your art.

He needs to connect and understand your music

As there are so many on the market, you need to find the one ideal for you. How? The best way to do that is to choose the one that can truly connect and understand your music. The clear sign that the producer understands your art is the passion he feels for what you have created.

When you find the one who honestly feels and connects to your music, he will create a foundation for your art and career to move forward. Moreover, he’ll be able to find the sound you’re aiming for, by researching the artists you find inspired by, your materials from the past, and so on. So, when you find the one you can connect to, half of the work is already done since this is the most important criteria based on which you choose him.

Once you feel he understands, you can further check his skills by asking him for links to other material he has been working on, that is similar to yours. According to this, you will know what to expect, will be able to meet your requirements, and finally will be able to take your art to the level you desire.

Some producers are easily recognized by the sounds they have produced in the past, which made them famous. Such material has the power to resonate with many and can be one of the criteria based on which you’ll be choosing a producer.

A music producer has a very broad role in overseeing and managing the recording (or production) of a band or music artist.

The producer has many roles that include: collecting ideas for the project, selecting the song, proposing changes in the arrangement of the song, as well as supervising the entire process of mixing the song to the final process, i.e. the mastering of the song.

In order for the work of a music producer to be adequate, he needs appropriate equipment, which includes: a computer, output equipment such as speakers or headphones intended for work in the studio, software or a DAW (Digital Audio Workstation) in which the arrangement will be made for the songs, and so on.

Naturally, you want to select one who will be able to answer your needs regarding producing quality sound, arrangements, etc.

Establish communication before you hire

There’s no better way to see who you’re dealing with than to have a proper conversation. For this purpose, it’s best to avoid e-mails and written communication. Instead, if physical contact isn’t possible, arrange a phone call, or a video interview.

Also, allocate enough time so everyone in your team can ask what they are interested in. This isn’t only your decision to make, other people, like your band, are also interested to hire someone serious.

What topics should you cover? Everything that includes sonic direction, deadlines, duration of the songs, available studio space, and so on. You should discuss everything you feel is important, and based on this information you should be able to say whether this is the person perfect for you or not. As this is the creative work we are talking about, make sure you recognize if there’s enough chemistry involved, because you’ll be needing it.

What are the challenges music producers face with today?

At the beginning of the last century, music from concert halls, where a piece of music could be heard once, where it demanded maximum attention, silence, and constant tension of the sense of hearing, suddenly entered homes via gramophones, where it could be listened to countless times and accompanied by a story, conversation or dance. Gramophone records, radio and later television influence the conceptualization of musical content in smaller forms – popular songs. The ever-faster and more substantial life of modern man demanded adaptation in the world of music as well, and that was provided by popular songs – music that last from 3 to 4 and a half minutes.

Gramophone records played the most important role here. Because of its dimensions (30 cm and 17 cm), it forced many artists to reduce their musical thoughts to a duration of a few minutes. In this context, we should look for the creation of productive activity. Thus, putting musical (musical) ideas into the form of a music album, with a certain duration, and a little later finding a way to add some visual additions to that form that will make (the album or record) attractive to the audience.

Although today the duration of popular songs seems natural and perfect, we must point out that this kind of time frame was not generally accepted from the beginning.

Today, the average length of a song is much shorter and the trend of “shortening” songs is still ongoing. Although we no longer live in the world of gramophone records in the boundless internet space, this brevity of the songs reflects the temporal attention of the consumers, that is, the audience. Attention can last up to 3 and a half minutes and all musical thought must stop there. ‘Songs are getting shorter and shorter.

Again, the music production has to work with the creators so that the songs fit into these frameworks, as well as to find new ways to bring the music closer to the audience. When we already mention the world of the Internet, we must say that, although the work of artists has never been more accessible, the number of works has never been greater. Quantity, scope, and video – are all challenges for today’s production.

Observing this trend of reducing the duration of musical works, which is happening in parallel with the expansion of the number of internet platforms for the presentation of music, we get the impression that music is no longer under the influence of technological achievements. This inversely proportional balance is created on the social currents of ever faster life, information flow, and sociological changes. Knowledge and information have never been more accessible and diverse, and the conclusion could be reduced to the short-term impact of a musical work, to its short-term impact on society. Songs are quickly forgotten because due to the availability of recording and publishing technology new ones are always coming and the artist, as well as the producer, have to think about short artistic impulses and new ways to deliver the song to the audience. 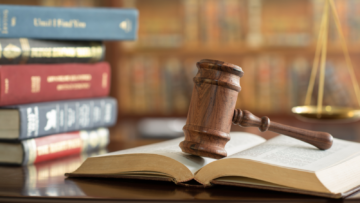