If you’re looking to add a little bit of luxury and intrigue to your life, you may want to start by searching for rare stones and crystals. Not only are these items beautiful to behold, but they can also be quite valuable. In this article, we’ll take a look at some of the rarest stones and crystals in the world, and tell you everything you need to know about finding them and buying them.

What are the Rarest Stones and Crystals in the World?

When we talk about rare crystals and stones, the rarest ones in the world are highly sought-after by collectors, jewelers, and mineralogists. Each mineral and crystal has unique properties that make it stand out from the rest. Here are five of the rarest stones and crystals in the world.

Alexandrite is one of the rarest minerals on Earth. There are only a few pieces of this gem that are known to exist. Most of the Alexandrite on Earth is fake, but there are a few authentic pieces out there.

The Alexandrite gem was named after Czar Alexander II of Russia. A majority of the largest and better quality Alexandrite crystals still come from the Ural Mountains, but stones are also found in Brazil, India, Madagascar, Tanzania, and Sri Lanka.

The color of an authentic Alexandrite is a deep purple color. It can have various shades of purple and blue, depending on the quality of the stone. The color can also change over time, depending on how it’s treated.

The red beryl is one of the most rare and valuable stones in the world. It is rarely found in a few places in the US. The red beryl is named for its characteristic color, which ranges from a light pink to a deep purplish-red.

The red beryl is considered a gemstone because of its beautiful color and rarity. It has been used for centuries as an ornament and as a gemstone for jewelry. Some examples of jewelry made with red beryl include necklaces, bracelets, earrings, and rings.

Larimar is a crystal that is said to be the most rare in the world. The crystals are found only in specific places in the Dominican Republic. The value of this crystal is unspecified.

The Opal is the national gemstone of Australia. Black Opal is a form of opal and is one of the most popular gemstones in the world. Opal is often found embedded in sedimentary rocks and can be found in various sizes. This rare crystal also has a vibrant pattern with strong red, green, and blue colors against a black background.

Black Opal is often found in the form of cabochons, beads, disks and other ornaments. It is also used to make jewelry such as rings, necklaces and earrings. The Black Opal is a popular gemstone because it is hard to find and has a beautiful color.

Tanzanite is also one the rarest gemstones on the market. It has a deep blue color with a golden sheen. It is found only in Tanzania and is considered a national treasure.

How Do Experts Determine a Stone’s Rarity?

There is no one specific method for determining a stone’s rarity, as it largely depends on the particular stone and its historical context. However, some common factors that can be used to determine a stone’s rarity include its color, location, and geological context.

Additionally, some experts may also use factors like the stone’s size, symmetry, and surface markings to help determine its rarity.

Some of the Most Famous Stones and Crystals in the World 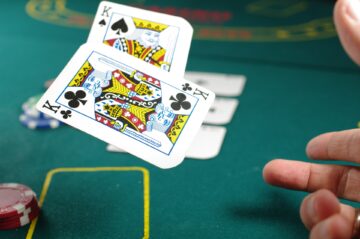